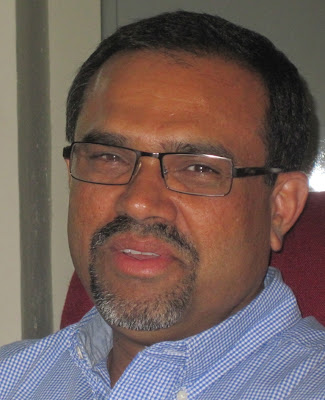 Prof. Paul said that the “key driving forces behind the change of mind for the US administration are both “structural and normative.” The normative predispositions of President Obama who has been known for his position in nuclear abolition and the officials in the non-proliferation arena that he has assembled “seem to prefer radical steps in nuclear disarmament direction.”  Contained in the structural perspective are two arguments based on the notions of ‘great equalizer’ and ‘great nuisance’ as a result of the proliferation of nuclear weapons to additional actors.

According to Prof. Paul, “the nuclear powers view their nuclear possession as status symbols, although over the years, this notion seemed to have eroded, partly because of the difficulties in using nuclear weapons as instruments of compellence or coercion.” The acquisition efforts by regional challengers are complicating the unequal nuclear order and it is indeed the main basis for the structural argument. Nuclear possession by weaker regional powers can act as a source of “a great equalizer” of major-minor power relations and thereby blur the distinction between major and minor powers. The expectation that the most destructive weapon is the exclusive preserve of the major powers is challenged by this development.

Prof. Paul observed that “a revisionist new nuclear power could be emboldened to engage in a highly ambitious strategy in a regional theatre.” Pakistan’s initiation of the Kargil offensive in 1999 (less than a year after conducting its nuclear tests) and its continued support of asymmetric war against India point to this phenomenon. A revisionist state—be it driven by ideological or territorial goals—can believe that nuclear weapons guarantee its existential security and that the adversary would not have the capacity to respond militarily to its provocations. “The biggest fear with Iran is that it may accentuate its revisionist tendencies in the Middle East/Persian Gulf region and engage in ideological revisionism vis-a-vis neighbouring states that are weak by themselves to defend. The Iranian leaders’ rhetorical statements about their intentions and capabilities and objectives toward neighbouring states have been taken for their face value by regional states, in particular, Israel,” he said.

Prof. Paul argued that from a structural perspective, “a fully verifiable, comprehensive and complete nuclear disarmament treaty may be very difficult to obtain, even if persuasive normative arguments can be made.” Nuclear zero is a “highly ambitious agenda” and President Obama himself agrees that complete nuclear disarmament may not happen in his lifetime. He said that there are powerful domestic stakeholders in all nuclear weapons states. A major question is whether the political elites in these countries do possess sufficient capacity to shake the power of these well-entrenched forces?

Prof. Paul suggested that political conditions have to be created for an effective denuclearization strategy. Proponents of global zero need to pay more attention to politics as this is not just a pure normative or technical issue. They may also need to work hard to resolve enduring conflicts that generate propensity among some states seeking nuclear weapons. The most feasible outcome from the current efforts would be a further depreciation of nuclear weapons in world politics and placing them in the backburner only to be kept as an option if rivalries develop and if new technological breakthroughs do not address the security/insecurity problems of the 21st century.

Dr. C. Vinodan presided the session. Prof. A.M. Thomas, Prof. Mathew Kurian, and others spoke. Prof. Paul will continue his special lecture on 14 December on the theme “Pakistan: Explaining the Garrison State.”
Posted by Unknown at 01:37