Colloquium on “China and the Emerging World Order: Is Peaceful Rise Possible?”

“China and the Emerging World Order: Is Peaceful Rise Possible?”

“Developing countries like India need to be cautious about China not only because of issues such border conflict, but in the context of its behaviour in multilateral forums,” says Amb. Sreenivasan, the Vice Chairman, Kerala State Higher Education Council. He was inaugurating one day Colloquium “China and the Emerging World Order: Is Peaceful Rise Possible?” organised by the K.P.S. Menon Chair for Diplomatic Studies, School of International Relations and Politics (SIRP), Mahatma Gandhi University in association  with the DC Books, Kottayam today. 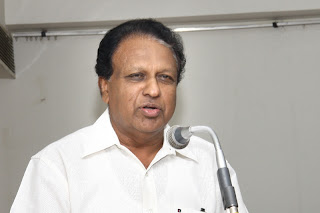 According to Mr. Sreenivasan, the prevailing notion that China is the champion of the developing countries is contestable given its double face on crucial global issues. The latest case is the Durban summit on global climate change where the Chinese position amounted to hiding behind India. He said that it only helped harden the West’s position. Mr. Sreenivasan also said that a similar situation exists on the question of the expansion of the UN Security Council. While supporting the case of expansion, it does not appear to be favouring the entry of India, though this is not openly said, he said. 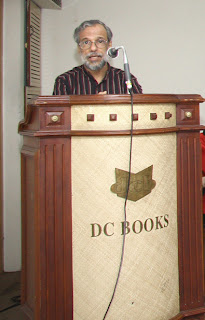 Prof. Rajan Gurukkal, Vice-Chancellor, said that the increasing spatialisation within the country in the name of faster industrialization has resulted in serious social dislocations which might not help a peaceful rise of China possible in the years to come.

According to Prof. T. V. Paul, Director of the McGill University Centre for International Peace and Security Studies (CIPSS), Canada and the honorary professor at the K.P.S. Menon Chair for Diplomatic Studies, “the rise of China is occurring without an active balance of power coalition being formed against it. China has been rapidly emerging as the lead economic power and it is also modernizing its military strength. Although China has touted its policy as “peaceful rise” it is unclear why affected regional states in Asia-Pacific have not yet formed active balancing coalitions in response to it. They have instead increased economic interdependence with China and included it in many regional institutional frameworks such as the Asia Pacific Economic Cooperation (APEC), ASEAN Regional Forum (ARF), and Shanghai Cooperation Organization (SCO). Even the most affected states, India and the U.S., have pursued a hedging strategy by forming only a limited strategic dialogue/partnership in response to China’s rise, he said.

Prof. Paul observed that “the essential basis of “peaceful rise” strategy of China is not to upset the international order too strongly, but to use economic instruments to achieve global power status. Deepening trade with all major powers and regional states, especially Western countries has been the main component of this strategy. Chinese scholars and political elite claim that China has no intention of challenging international order, but would like to emerge as a major market for the world by using capitalist instruments of trade and investment. Chinese officials now call this strategy, ‘peaceful development’ to avoid any criticisms of hegemonic ambitions.   Others have argued that China’s reaction to US predominance involves a combination of acquiescence, competition and low level resistance.” This is because despite being rising power, China “is still substantially weaker than the U.S.”  In the context of the rise of China, affected countries are “pursuing a hedging strategy based on engagement and soft balancing. This is because the rising power’s position and military behaviour are of concern but do not yet pose a serious challenge to the sovereign existence of other great powers; the rising power is a major source of public goods in the economic area which cannot easily be replaced; and second ranking states do not have the political will or military wherewithal to pursue a highly confrontational hard balancing strategy.”

Prof. Paul said that “the rising power cannot easily retaliate as the balancing efforts by others are not overt or directly challenging its power position with military means. These constraints on responding to China’s rise have been astounded by the fact that China has adopted two of the critical variables of liberal peace, economic interdependence and international institutions, but has rejected the third pillar, democracy. This democratic deficit on China’s rise creates great uncertainly for Asian neighbours and the US because China’s intentions are not easy to gauge.” Although current interactions are benign, states have to assume that they may not remain so in the future when China acquires more economic and military capabilities. Even if China proclaims that it is a peace-loving nation and that it has a ‘peaceful rise strategy’ other countries have to take this Chinese line for granted as they have little direct contact inside the Chinese decision-making centres, especially the PLA. States in Asia, despite their long-standing rivalries with China, have responded with a multiple set of strategies in this uncertain phase of Chinese rise. These strategies are hedging, engagement, and soft balancing.  In many respects, these are strategies relying on non-coercive means and they buy time to the affected states.”

Speaking on China’s use of education as a soft power tool, Prof.  Jane Knight, Ontario Institute for Studies in Education, University of Toronto, Canada said that higher education in China is becoming an important political actor in the knowledge based society.  As such, education is gaining currency as a relevant ‘soft power’ tool used to increase the attractiveness and competitiveness of China.  Looking at three key issues related to Confucius Institutes located in universities around the world and dedicated to increasing appreciation of Chinese language and culture, the academic mobility - the attraction of international students, programmes and foreign university branch campuses to China, and the development of a regional Asian identity, Prof. Knight said that it is “prudent to acknowledge China’s potential to use higher education, research and culture as soft power strategies.”

Disagreeing with the thesis that peaceful rise of China is not possible, Sri. Venu Rajamony IFS, Joint Secretary, Multilateral Institutions, Ministry of Finance, Government of India, said that both India and China have shown tremendous collective capacity to address their bilateral issues though the number of issues might have multiplied over years in a given international context. He, however, said that there are no fundamental differences between the people of India and China and that sustains the dynamism of current relationship. Both countries are now engaging each other on a practical mode of interdependence in a globalised world and hence the chances of a war between the two are very remote, Mr. Venu said. He agreed that there are areas of disagreement and competition between the two, but that should not lead us to be pessimistic. We can, however, “keep our powder dry,” Mr. Venu added.