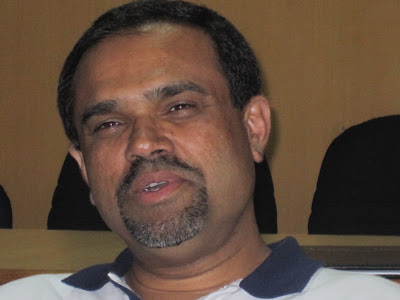 “Knowing when and how a region transforms into sustained peaceful or conflictual order is of utmost importance for crafting appropriate policy initiatives,” says Prof. T. V. Paul, Director of the McGill University Centre for International Peace and Security Studies (CIPSS) and James McGill Professor, Canada and the honorary professor at the K.P.S. Menon Chair for Diplomatic Studies, School of International Relations and Politics (SIRP), Mahatma Gandhi University. Prof. T.V. Paul was delivering a K.P.S. Menon Chair Special Lecture on “Regional Transformations,” at SIRP today.  According to Prof. Paul, “from a practical standpoint what is significant is the failure of many regions and sub-regions to transform into peaceful communities after the end of the Cold War. In some regions, the earlier trend toward greater cooperation and peaceful order have not been progressing all that well, following the initial enthusiasm of the post-Cold War years,” Prof. Paul said.

Prof. Paul observed “emphasis on systemic forces can impart some value to an analysis on regional order, but often international relations scholars neg­lect the sub-systemic and internal sources of order.” He said that a good example is the end of the Cold War and its differing impact on various key regions of the world. For instance, South Asia and West Asia saw less impact of the demise of the Cold War for regional peace, while Latin America, Africa, and Southeast Asia witnessed the reso­lution of some conflicts and strengthening of regional institutions. This is because the main sources of regional conflict in South Asia and the West Asia may have little to do with systemic rivalry, although superpower activism aggravated or affected the dynamics of conflict and cooperation in these regions. In fact the processes occurring within these regions themselves seem to affect the larger international system, often disproportionately. “The regional powers such as Israel or Pakistan are not simple bystanders of great power politics in their regions; they attempt to asymmetrically influence the major power system often in their own distinct ways. In regions such as Southeast Asia, regional states have actively pursued (and somewhat successfully) strategies of enmeshing great powers and a “complex balance of influence,” he said.

Prof. Paul also said that “economic links among states alter the states’ incentives and hence their actions and interactions.  National economies may be linked in various ways, including trade in goods and services, investment, bor­rowing and lending, and guest workers. We have many theoretically grounded reasons to believe the theory that trade causes peace which has much empirical support. In an era of globalization, “states seem to have little choice but to continue reducing their external eco­nomic barriers.”